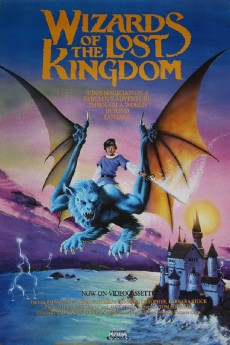 Simon, son of the wizard, must flee when the empire is overthrown by the evil Shurka. Schooled in the arts of magic, he must find the Ring of Magic and the Sword of Power and defeated the wizard who killed his father. He is joined in his quest by the swordmaster Kor, his faithful creature Gulfax, and the Forest Wizard Hurla. —