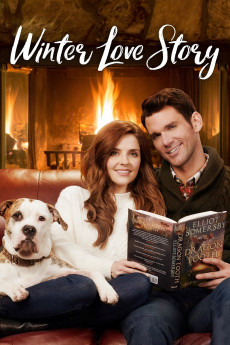 Cassie Winslett, who works as a barista in her best friend and roommate Becca's coffee shop in Princeton, New Jersey, has just had her first book published, a comical year-long account of how she dealt with a painful breakup. While she wants the book to be a success, she shies away from publicity; she's uncomfortable in front of crowds. Also, she doesn't want anyone to know, not even her publicist Piper that she is the daughter of famed novelist Jeannine Jordan; she wants the book to succeed or fail on its own merits. When Cassie's first book signing yields little press or public enthusiasm, her publishing company, MacDonner Press, decides to pair her with one of their established successful authors, Elliot Somersby, for a 4-city college-town book tour: New York City, Boston, Albany, and Buffalo, as MacDonner has just released the second in Elliot's fantasy dragon series trilogy. Although she can see that Elliot has a natural way about him in front of a crowd, she thinks Elliot is a pampered divo with whom she'd have nothing in common. Their tour, which they do by car so Elliot can bring his dog Bungee, goes better than Cassie expected: Elliot is more than helpful with her appearances and dealing with the public, he's not such a divo, and he appreciates good writing irrespective of the genre. She starts to fall for him and wonders if it's mutual. Then she learns that his main reason for bringing Bungee was to let her visit with the person who gave her to Elliot as a present: his ex-wife Allison in Buffalo, who broke up with him the previous year with the release of the first book.

Cassie has just published her first book, a rom-com based on her divorce experience. To help a new writer along, the publisher pairs her with the established “dragon writer” Elliot on a week-long book tour. Will they remain singles?