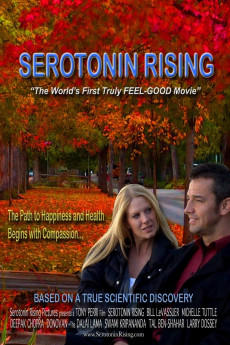 A revolution of good deeds positively changing the planet. In a groundbreaking experiment, researchers at the National Institutes of Health have discovered that humans are hard-wired to be unselfish. During functional MRI brain scans, scientists learned that altruism makes people feel good, lighting up a primitive part of the human brain that usually responds to food, receiving money, and even sex. Combine a heart-warming, funny and semi-autobiographical storyline about two reporters who uncover this altruistic revolution with actual interviews from leading scientists, artists and philosophers and you have the World's First Truly "Feel Good" Movie, Serotonin Rising. —Tony Perri