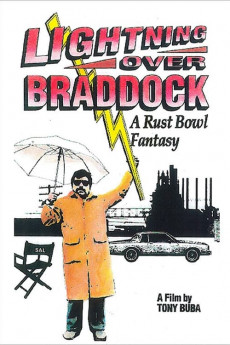 Lightning Over Braddock: A Rustbowl Fantasy (1988)

Tony Buba, a film maker from Braddock, Pennsylvania, tells the story of his hometown's decline (along with the rest of the steel mill towns along the Monongahela River) while he dreams of making higher budget films. The picture documents, in a lighthearted way, the community anxiety and activism that accompanied the failure of the steel industry around Pittsburgh, Pennsylvania. Meanwhile, Sweet Sal the street hustler tries to make it big in Tony's movies. —Martin Lewison