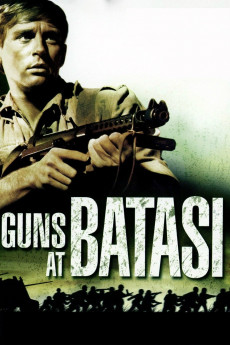 Regimental Sergeant Major Lauderdale (Sir Richard Attenborough) is a by-the-book, strict disciplinarian, who seems like an anachronism in a sleepy peacetime African outpost of the modern British commonwealth. Ridiculed behind his back by his subordinate N.C.O.s, he must play host to a liberal women M.P. making a tour of the base. However, when an ambitious African officer, who happens to be a protegè of the M.P., initiates a coup d'etat against Captain Abraham (Earl Cameron), the lawful African commandant, the resourceful Sergeant Major uses all of his military training to save his men from a certain firing squad. —Gabe Taverney (