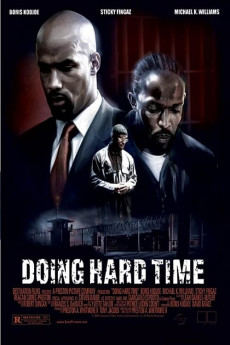 When Michael Mitchell's seven-year-old son, Chase, is accidentally shot during an aborted drug deal, no one knows for sure which of the two gunmen, Curtis "Durty Curt From Detroit" Craig or Raymond "Razor" Carver, pulled the trigger. Because both men refuse to testify against the other, a jury finds them guilty only of drug possession, meaning they could be back on the street in two years. Having already lost Chase's mother to cancer, Michael can't live with the idea of his only child's murder going unpunished. As part of a methodical plan to exact his revenge, he commits a brutal crime to get himself sentenced to the same institution as Durty Curt and Razor. Meanwhile, Durty Curt is determined to settle the score with Razor, who has fallen in with prison kingpin Eddie Mathematic. As a showdown approaches, a cast of players, from prison guard Capt. Pierce to gay bookie Clever to Michael's illiterate cell mate, Smalls take sides and place bets on the outcome. —Andrew Hindes