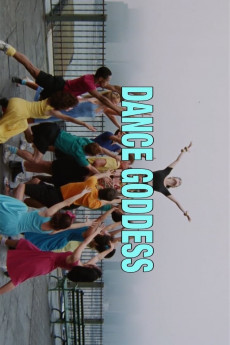 The film follows Julie, who arrives at New York City's Kahn Dance Studios from London with but a simple dream - to be the greatest dancer in the world. She has a fire in her heart and believes with the right connections, she won't need luck. Julie immediately strikes a rapport with lead dancer Mike...much to the chagrin of Mike's dance partner and secret/not-so-secret girlfriend and weed addict Maggie. Julie and Mike mesh so well from the jump they begin singing the film's first song, "Dream On", to the applause of their classmates. Has Doc (the director himself, Hamid Kahn) found his proverbial DANCE GODDESS?, he wonders aloud. Soon, Julie finds herself embroiled in a struggle between her heart's desires (Mike) and her dreams (dance). Why can't she have both, she wonders aloud a number of times? With the help of Doc, Julie meets up with Jack - a famous producer - who promises to get her all the way to Broadway. DANCE GODDESS hits the ground twirling (ever twirling) around 80's ...