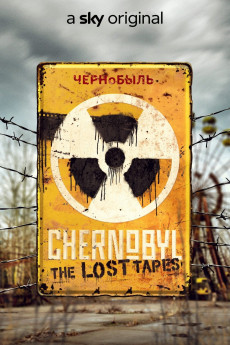 The story of Chernobyl told through a newly discovered hoard of dramatic footage filmed at the nuclear plant during the disaster and newly-recorded, deeply personal interviews of those who were there, directed by Emmy Award-winner and Russian-speaker James Jones. This gripping film tells the story of the disaster and its consequences entirely through extraordinary and immersive archive, shot at great risk in the hours, days, weeks and months after the accident by a handful of cameramen given access to the plant. These cameramen lived side by side with the "liquidators" who went to incredible and often fatal lengths to try to prevent another explosion and make the reactor safe. The reality of their bravery and heroism is more harrowing than any drama can portray. The footage, most of it never seen before in the West, has only now come to light after an extensive trawl by director James Jones of the state archives and other sources in Ukraine and Russia. For thirty-five years the story of what happened in April 1986 when the Chernobyl Nuclear Power Plant melted down has enthralled and horrified. Radio programmes and scripted dramas have all told their version of events. But no-one has made a documentary that reveals the full, shocking reality of this cataclysmic, world changing event - until now. Though many of the rescue workers died, a surprising number who appear prominently in the footage are still alive today. The film features newly recorded audio interviews with people involved in the original key moments of the footage - their memories of that fateful night and the aftermath haunting but also deeply humane. Amongst those interviews is Lyudmila Ihnatenko, whose firefighter husband Vasily died days after the accident, and who was pregnant at the time. She went onto lose her baby hours after she was born. "All the radiation I was inhaling, she absorbed it." From a ten-year-old schoolboy to a Russian general, we see how events at Chernobyl transformed the lives of millions of people. Soviet propaganda plays out as a backdrop, initially saying nothing of the disaster, Gorbachev eventually appearing to downplay what happened, putting his own citizens and the rest of the world at great risk. The film reveals how many people suffering from radiation poisoning, cancer and other illnesses were told that it had no connection to the accident. The state was in denial and was willing to lie to its own citizens to prevent the truth getting out. This film witnesses the incredible physical suffering of men who had sacrificed themselves for the greater good. The film shows how Chernobyl and the cover-up that followed sparked unprecedented distrust in the authorities, giving birth to a protest movement in Ukraine which would eventually lead to the collapse of the Soviet Union. The modern resonance of a disaster which threatened millions of lives but was tragically mishandled by those in authority will have an obvious resonance to the contemporary audience. Chernobyl: The Lost Tapes is the full, unadulterated true story of what happened in one of the most iconic but least understood tragedies of the twentieth century.

GENERAL INFO
Genre : Documentary
Director : James Jones
Stars : Ronald Reagan, Mikhail Gorbachev
Plot : The story of Chernobyl told through a newly discovered hoard of dramatic footage filmed at the nuclear plant during the disaster and deeply personal interviews of those who were there, directed by Emmy Award-winner and Russian-speaker James Jones.